Last week I was asked about office etiquette- ‘Is it still ok to say ‘Bless you’ when someone sneezes?’ That same day I saw a story about Starbucks holiday cups- are they LGBTQ friendly? Should they be? (the cup pictures two hands clasped together- same sex?). Later that day I was contacted by a blogger who asked about political correctness and mental health language.

All this makes me think we have become so sensitive that it’s difficult to say anything in the moment. In the example of the office etiquette: Your co-worker sneezes and your reaction is to say, ‘Bless you.’ Better check yourself first- Does ‘bless’ go too far to the religious side? Not sure about my co-worker’s beliefs- better reconsider. This analysis takes a while, so you’ve said nothing. The silence might be offensive. Now you need 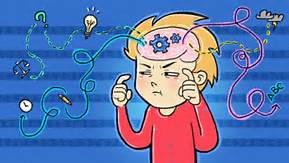 to apologize for saying nothing. Oh my. Before you know it, your co-worker’s sneeze- and how you should or shouldn’t respond- has become an obsession and the the focus of your day. WOW. Just say, ‘Bless you.’ If you’re on the receiving end of this and it offends you, SAY THAT. Now it’s out in the open and we can understand each other directly. Best way to find out what’s offensive or not.

Starbucks coffee cups will probably be the subject of much discussion every year, but the question about the clasped hands strikes me as wildly off track. What I mean is, two hands joined together for the holiday season- seems fairly straightforward and inoffensive. The idea that two people- whoever they are- unite physically and emotionally (there’s a heart underneath) feels pretty universal. Do we really need to find something objectionable?
The political correctness in the mental health field is a subject of much discussion and it feels like things change rapidly and often with no reason given. When I was in social work school (getting my MSW) I led a group called MICA (mentally ill chemical abusers). The year before the group was called Double Trouble. No explanation was offered for the name change and members seemed confused (Is this the double trouble group?). Recently I referred to my MICA group in a paper I wrote and the editor found the label ‘harsh’ changing to ‘persons with mental illness’ not ‘mentally ill.’ All this makes me wonder who is really offended? My group members had no problem with Double Trouble, MICA, using the words ‘mentally ill.’ So why make these changes?

Language is important, yes. Words, phrases and labels we use need to be evaluated and they change over time. No problem with that. The problem comes when we over analyze before we speak- second guessing our immediate reactions. This negates our instincts, our gut reactions- stops us from responding straight from the heart and showing who we are. Take the risk and share your authentic self. JUST SAY IT.

Black Friday for many of us means shopping, great deals, family, turkey sandwiches and an extra day off work. But for many hourly employees Black Friday is a work day. If you’re scheduled to work (you normally work every Friday), but you really have difficulty managing crowds and need the day off, what do you do? You could approach management and request the day off, but what if the answer is NO? Try working something out with a co worker. If you have a strong relationship, and are willing to give back (I’ll work Christmas Eve for you), you might get Black Friday off. These schedule switches really come in handy and management will usually approve if it doesn’t cost them anything. But the key is a sturdy relationship with your co workers. Be willing to help, and the help will be returned. You may just escape the crowds on Black Friday.

Last week I met a colleague for breakfast in a NYC restaurant. During the meal, I needed more water, so I looked around the dining room and saw my waiter standing a few feet away talking with his fellow waiters. I caught his eye, and gestured to the water glass, saying “Could I have more water, please?” He turned from me and called out to the busser (who was carrying a full tray of dishes to the kitchen), “More water, table 37.” The busser looked stunned and annoyed and kept walking. My colleague sighed and said, “I don’t know what the big deal is. It’s just a glass of water.”

Maybe, but to the server and busser, it was so much more. Power struggle, dislike, resentment, “not my job”. Any or all of these might be in the mix. And this “mix” is negatively affecting service.

The personal differences between the waiter and busser need to be resolved if business is to run smoothly. Working through their conflict or long time grudge will relieve stress and improve overall attitudes. Then maybe I can get my glass of water.